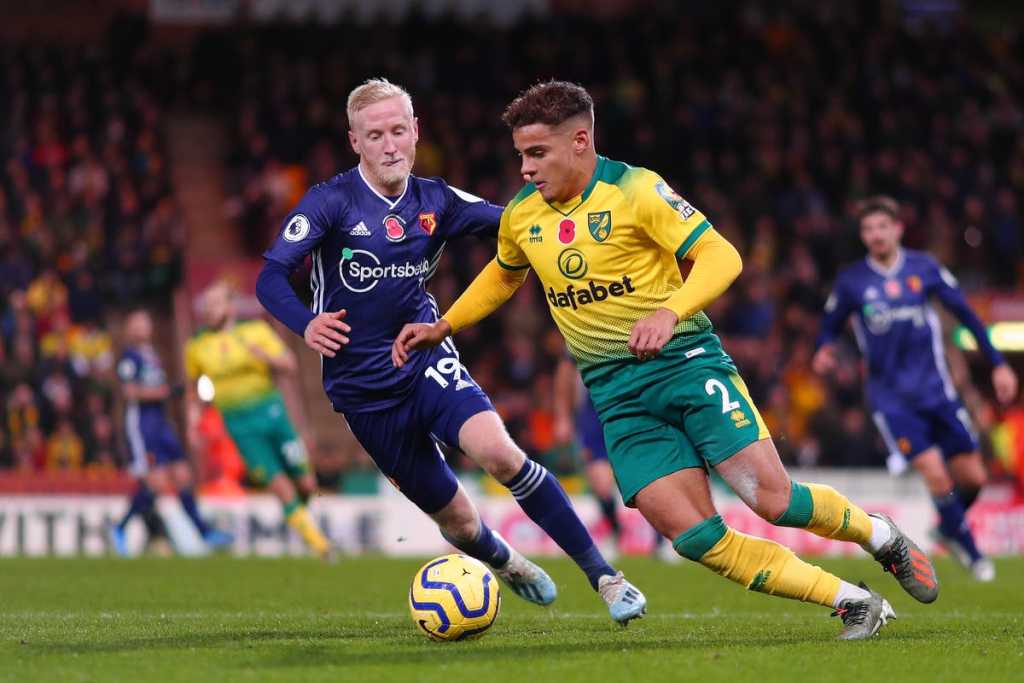 Prior to the team’s resurgence in the second half of the season, the Watford Hornets were slumping earlier in the season under former boss Quique Sanchez Flores, before they managed to snatch a win against the struggling Norwich.

Watford’s victory at Carrow Road ended a run of 15 league games without a win that dates back to April. Their win gives the team a push as they now have obtained a new momentum that could spark a new beginning for the team.

That 2-0 win allowed them to spark some confidence that they could really rise back once again. After Sanchez Flores was sacked, and the team was left in the hands of Nigel Pearson, Watford prospered. They finally found ways to win and were deemed impressive since the new boss came in.

Prior to this win, the team has not received any positive news that gave them hope over the next games in the Premier League. Then, Hornets captain Troy Deeney made his return in the game after suffering a serious injury that kept him out for months. His return has sparked the Hornets’ big win over Norwich.

Bet on the Premier League outrights for this season

Earning their first win this season is a big thing for Watford. Deeney’s return surely made a difference as the squad got to play with their captain for the first time since August. Deeney was aiming for an earlier comeback for the team but was halted by his doctors. He was advised to take it slow and make sure that his knee will not hurt once he returns to the game. He spent his recovery time training with a fitness coach prior to his return.

Fans at Carrow Road were surprised when Watford came up with a win. The team came home to Vicarage Road with a lot of things to celebrate, including their first win of the season. Watford has climbed from the bottom of the Premier League table and has skipped two spots ahead to sit in the 18th spot. The team had a 1-5-6 record that time and had finally ended its drought of winless games.

Prior to the match, neither team has been able to generate any kind of momentum until the game. Both have struggled mightily to come up with great matches, and are yet to climb out of the relegation zone. That meant that both teams were in grave danger of losing a lot of things.

Watford was aggressive to start the game. They opened the match with a goal coming from Gerard Deulofeu just two minutes into the game to grab a 1-0 lead. They had 12 shots in the game and had only two shots on target – which was both their goals.

READ MORE:  Things You Should Know Before Using CBD Oil for the First Time

They were held to just 34% possession and was limited to just 316 passes. Norwich had 66% possession and made 597 passes for an impressive 87% passing accuracy. They also had 17 shots and had five on target, but none went in.

Andre Gray was sensational to help Watford seal the win. Deulofeu split the defence before making a critical pass to Gray who was right in the penalty spot. Gray backheeled the ball before making his move to attack and score for the team to put them up at 2-0.

His goal gave the team the comfort of having two goals. For the first time, the team will have a win, and they did it with a clean sheet. It could be a statement that the team shouldn’t be counted out yet.

That goal was his third in the Premier League.

Craig Dawson was very vocal with the team’s win. He said that the fans were very important to the team in securing their first victory that has lifted their spirits for the first time in the season.

He and his teammates in the defensive side had a lot of trouble when Christian Kabasele was thrown out of the game after being presented with a red card with just a third of the match to go. But he held on along with his teammates to prevent Norwich from coming back.

‘I think you could see the spirit in the lads’, Dawson said in an interview in the club’s post-match show. ‘Everyone put in a real shift and the fans brought us home in the last 20 minutes. It was tough but they were on our side all the way through the game and the early goal settled everyone’s nerves and raises confidence’.

Dawson expressed his delight in the team’s first win. It seemed to be an impossible thing back in the first 11 matches of the Premier League. Now it became a reality in just a single game.

‘It’s a great feeling and reward for all the hard work in recent weeks. We’ve not quite had the result so I’m just happy for the lads for all their hard work and of course the fans as well who were great’, Dawson said.

That was back then. The Hornets had a very different identity now heading into February. They are making the most of their comeback as they are aiming to make a strong finish by coming up with a spot in the top 10.

Assuming that they do manage to seal a spot in the top 10 of the Premier League table, their comeback in the second half of the season will definitely go down as one of the most inspiring stories in the league, which should motivate other struggling teams to not give up and continue the fight.

The Hornets are sitting in the 15th spot of the Premier League table, and a win against Brighton would lift them out into the 11th spot at most.

For more updates on Watford and the Premier League, visit Sportsbet.io News