Is there a place for artificial intelligence in the insurance industry? 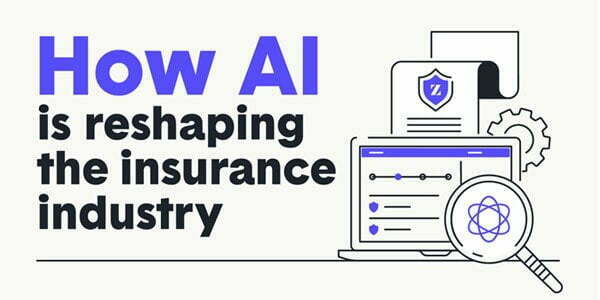 The use of artificial intelligence in insurance remains one of the most promising areas of increasing business efficiency.

One of the obstacles to the widespread adoption of AI is the laboriousness of the implementation process. The initial difficulty is to define the area of the business and the type and amount of relevant data to be included in the analysis.

In the digital economy, the traditional approach to data storage systems (DSS) poses a number of challenges. First, it creates disparate systems, since usually several solutions are implemented on different media. This increases complexity and costs while reducing business productivity. Moreover, each storage will have its own capacity that is not available for other storage systems. When additional space is required to analyze new data, it must be added as quickly as possible, further increasing costs and, given the time it takes to implement, reduce the responsiveness of the business.

Second, it becomes impossible to easily make changes to production or mission-critical data. As a result, organizations will need to maintain large high-performance storage repositories to provide quick access to all the data they might need for analysis.

Paradoxically, artificial intelligence used in data management algorithms for storage systems can help here too. These algorithms respond in real time to dynamically changing workloads to continuously optimize data performance. As a result, companies can store data on cost-effective hardware while gaining speed and performance that surpasses All-Flash systems for little money.

Using public clouds for such tasks instead of dedicated infrastructure is problematic due to the availability of personal data. Since AI projects often do not immediately increase efficiency, and it is problematic to predict the exact percentage of profit increase in advance, companies have a question about the expediency of such investments in the short term, which is only exacerbated during a pandemic.

On the other hand, the number of potential scenarios for the use of AI is truly great. As noted by McKinsey, these include, for example, improved user experience and reduced waiting times with chatbots, smarter loading of call center operators, faster decision-making and determination of the amount of payments in case of insurance claims based on previous incidents. Other opportunities include:

Health insurance, which is also gradually gaining momentum, opens up new horizons for the use of AI, with the accumulation of a significant amount of data, it is possible to create models that predict the likelihood of illness and recommend proactive actions, as well as assess the health of new customers. At the same time, the requirements for working with such data are becoming increasingly stringent, and in order to achieve long storage periods, it is necessary to apply solutions that can provide both prompt access and the ability to use the accumulated information for AI, and a low cost per TB at high density.

The potential benefits of using AI will persuade insurance executives to include such projects in their mid-to-long-term development strategies.